A message from a former client

I first met my abuser when we were in high school – he was my high school sweetheart. We were both in military families, so we moved away and lost touch. In 2014 he found me on social media. We were both single, living in different states. He was so charming and convinced me to move and live with him. I had just undergone back surgery and wasn’t able to work, so he was the breadwinner, and he took such good care of me…in the beginning.

After a few months of fairytale, it all changed. One night he had been drinking. He got angry and hit me. He showed his true colors after that. He was manipulative, controlling, and he spread lies about me to my friends and family to isolate me. I will never be able to understand how it all changed so fast. His violence escalated and escalated. He would always apologize and seemed so sincere, begging me not to leave. At one point he had me locked in a closet. He didn’t know I had my phone. Thankfully I was able to text 911 and the cops surrounded the house. They took him into custody, but he was only sentenced to 10 days in jail. He knows how to be charming, and everyone fell for it, even me.

One morning in 2017 I woke up to him throwing a television set at my face – not a flat screen, an old heavy box set. He broke my jaw and eye socket and shattered my cheek. I was terrified. The doctors saw me often enough, they stopped believing my excuses. They told me, “He’s going to kill you,” and I knew they were right. At this point I was working as a waitress and had to “call in sick” when the injuries were visible. One of my coworkers figured out what was going on and urged me to leave. She called me and asked if I was alone – I told her I was, but I didn’t know when he would be coming back. She told me she was sending an Uber to pick me up and told me to not even worry about packing. She told me to just grab my social security card and driver’s license and get out of there. I took the Uber to a greyhound station.

I called a cousin that lived in McMinnville who had survived an abusive relationship and asked her what I should do. She told me about Henderson House. The advocate that answered the phone told me they had a bed for me. I had no money, no food, not even a change of clothes. I thought about going back just because I was so scared at the thought of having nothing, being homeless, and starting over.

I know I would be dead if Henderson House wasn’t there when I needed them. They gave me a room to myself, transferred my meds, accommodated my dietary restrictions – everyone went above and beyond to make sure I was cared for. During my stay at the Henderson House shelter, an advocate came along side me checking in frequently to make sure I had what I needed to plan for my future. With their help I found a job, a place to live, and the resources I needed to start over.

Today I live in a new city, I work as a waitress, and I’ve married a wonderful man who was raised right. We share a beautiful, safe home. I am so grateful I faced the fear of starting over and have the life I have today. I wish I could share that message with all other survivors – your abuser may tear down your confidence and convince you that you are not going to be okay. But I want them to know that there are people and resources available to them, like Henderson House, and they can start over, they can be okay.

I am choosing to be vulnerable and share this story in hopes that a fellow survivor can recognize the shared experience, find hope in it, and reach out for support. I also hope that it moves others to support Henderson House in any way they can. I am alive today because Henderson House was there for me. I give in support of their work, and I invite you to give too, in honor of their 40 years of providing hope. 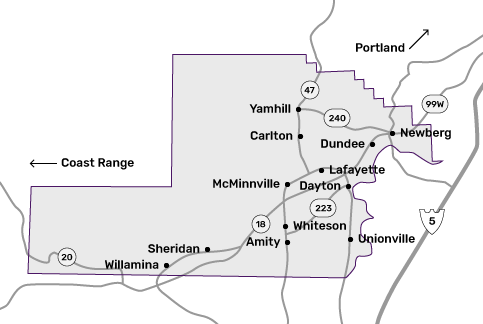